After the earthquakes in l’Aquila, Haiti and Japan, the European Commission confirmed that there exists a large discrepancy between (robotic) technology which is developed in laboratory and the use of such technology on the terrain for Search and Rescue (SAR) operations and crisis management.

The introduction of unmanned Search and Rescue devices can offer a valuable tool to save human lives and to speed up the SAR process. ICARUS concentrates on the development of unmanned SAR technologies for detecting, locating and rescuing humans.

There is a vast literature on research efforts towards the development of unmanned Search and Rescue tools. However this research effort stands in contrast to the practical reality in the field, where unmanned search and rescue tools have great difficulty finding their way to the end-users.

The ICARUS project addresses these issues, aiming to bridge the gap between the Research community and end-users, by developing a toolbox of integrated components for unmanned Search and Rescue. . The ICARUS tools consist of assistive unmanned air, ground and sea vehicles, equipped with victim detection sensors. The unmanned vehicles collaborate as a coordinated team, communicating via ad-hoc cognitive radio networking. To ensure optimal human-robot collaboration, these tools are seamlessly integrated into the C4I (command, control, communications, computers, and intelligence) equipment of the human crisis managers and a set of training and support tools is provided to them to learn to use the ICARUS system. 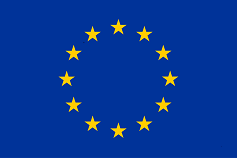